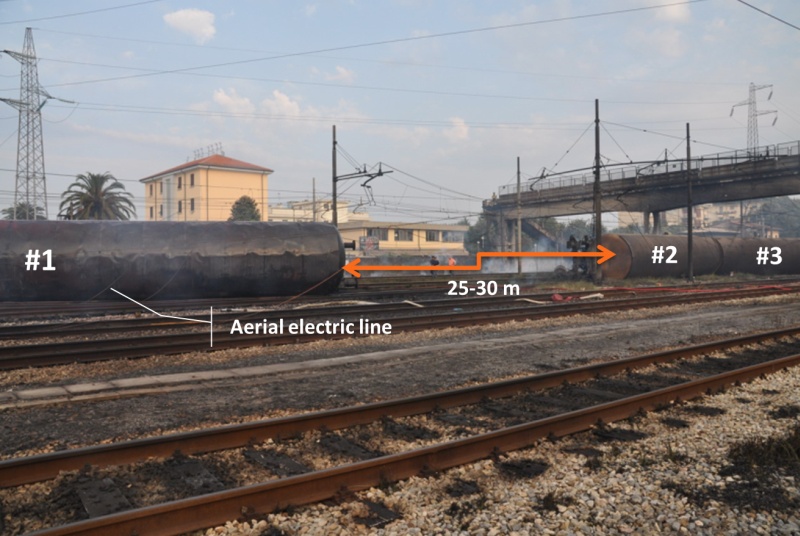 The Viareggio railway accident took place in the night of June 29th, 2009, with the derailment of a freight train, the emission and dispersion of more than 45 t of LPG, the ignition and explosion of the dense gas cloud, and the liquid pool fire. Eventually, the accident consequences were relevant with 32 fatalities, 26 casualties, and property losses valued at tens of millions of euros. Some papers report the most important facts and the simulations that were done in the months just after the accident to understand at different levels what happened and to depict the most probable accident dynamics. Most of the input data to the simulation models, reported in the scientific literature, where based on reasonable assumptions and hypotheses often deduced by public domain material such as articles on newspapers and videos on the Internet. The main problem about the reliability of the simulations was that the accident scene was put under judicial attachment by the public prosecution’s office. The measured data and the analyses performed by the investigatory commission were not available publicly. Consequently, the degree of uncertainty of dynamic simulations that were published in the literature was rather high and some papers discussed it extensively. In the second semester of 2012, the legal proceedings were deposited and are now available publicly. They comprise a very large amount of digitalized data that occupy gigabytes of space. From those data, it is possible to extract some important pieces of information that shed light on a number of open issues and improve the understanding of the accident dynamics. The paper reports the most important pieces of information on the Viareggio accident and discusses the role played by them on the evolution of the event. The final objective is reducing the uncertainties about input data, while reconstructing with higher detail the most probable accident dynamics.